135mm Knauf Ceiling Rolls (Combi-cut) are Earthwool rolls that have a Euroclass A1 non-combustible reaction to fire rating and are manufactured using the revolutionary ECOSE® technology.

Combi-cut rolls have partially cut perforations, allowing ease of separation so that each roll can be used in joists at 760mm centres (by using 1 x 800mm or 2 x 400mm widths) or split in half to be used in 600mm joist centres.

They can also be used unsplit as full 1200mm widths. The advanced compression packaging technology of the products ensures more insulation per pack, saving on transportation, storage space and reducing the amount of handling.

135mm Knauf Ceiling Rolls (Combi-cut) are odourless, rot proof, non-hygroscopic, does not sustain vermin and will not encourage the growth of fungi, mould or bacteria.

135mm Knauf Ceiling Rolls (Combi-cut) are primarily used for the thermal and acoustic insulation of pitched roofs at ceiling level. When used at ceiling level it is usually laid in one or two layers, with the first layer between the joists and the second layer over and at right angles to the joists.

Ceiling Rolls (Combi-cut) offer negligible resistance to the passage of water vapour and has a vapour resistivity of 5.00MNs/g.m.

Ceiling Roll is easy to handle and install, being lightweight and easy to separate into either 800 + 400mm or 2 x 600mm widths. The ceiling insulation is supplied in polythene packs which are designed for short term protection only. For longer-term protection on site, the product should be stored either indoors, or undercover and off the ground. The ceiling roll should not be left permanently exposed to the elements. 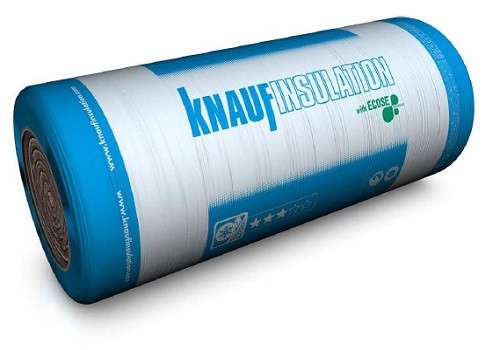